Our lawyers can help you get the money for your injuries quickly.

More people fear dying of cancer than almost any other means, according to the National Institute of Health. Miami cancer attorneys know that despite advances in treatment and early detection, misdiagnosis, missed diagnosis or delayed diagnosis of cancer is a leading cause of medical malpractice claims in Florida.

The National Cancer Institute reports more than 1.7 million new cases of cancer are diagnosed in the United States each year, with about 600,000 patients dying from the disease.

The most common types of cancer are:

Causes and Consequences of Cancer Misdiagnosis

Fear of cancer is not unfounded, as the National Institutes of Health estimates nearly 40 percent of men and women will be diagnosed with some form of cancer in their lifetime. The NIH reports: “fear of cancer emanates from a core view of cancer as a vicious, unpredictable, and indestructible enemy, evoking fears about its proximity, the (lack of) strategies to keep it at bay, the personal and social implications of succumbing, and fear of dying from cancer.”

The estimated national expenditure for cancer care in the United States is more than $147 billion, according to the National Cancer Institute.

Failure to diagnose cancer can result in a delay or failure to treat. Because of the aggressive nature of many types of cancer, such medical negligence on the part of a doctor or health care facility commonly results in the need for more painful, prolonged and aggressive treatments. And, despite treatment, poor prognosis and death often result from the resulting delay in treatment.

Cancer can be a scary illness to face, but failure to diagnose is particularly devastating for those who proactively sought what may have been life-saving treatment if proper diagnosis and timely treatment had occurred.

Consulting a failure to diagnose cancer attorney in Miami can best determine your legal rights. When viewed against the survival rate of the general population among those of the same age, race, and sex, those diagnosed with cancer have a 5-year survival rate of 66.9 percent. However, timely diagnosis is often a critical factor in determining survival. 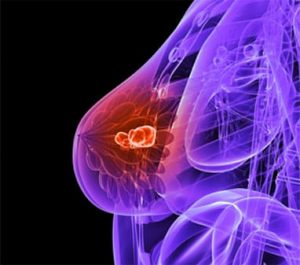 Those who have suffered a missed diagnosis of cancer should contact a failure to diagnose cancer lawyer in Miami with significant experience handling medical malpractice claims.

Failure to diagnose cancer may occur for a variety of reasons, including failure to properly analyze blood tests, mammograms, or biopsies. Other common causes include:

Your Miami personal injury lawyer should have extensive experience handling medical malpractice or medical negligence claims in Miami. The legal threshold for pursuing a claim is not simply whether a doctor failed to diagnose your cancer, but whether that failure made a difference in the outcome of your case and whether a similarly situated medical professional would have made a proper diagnosis using the accepted standard of care within the medical specialty.

Florida Statutes section 95.11(4)(b) provides a two-year statute of limitations on medical malpractice claims. Generally, that means a claim must be filed within two years of discovery of the malpractice, but usually not more than four years from the date of occurrence (except in claims involving some minor children or in cases where a medical provider engaged in fraudulent concealment of malpractice).

A victim’s medical prognosis and legal time constraints on investigating and filing a medical malpractice claim make it critical to consult with a failure to diagnose lawyer in Miami early on when it comes to building a comprehensive claim for damages. Even determining the full extent of a victim’s damages can be a complex process that includes determining economic value for both economic and non-economic damages, including:

While economic damages in Miami medical malpractice claims are uncapped under Florida law, Fla. Stat. Ann. § 766.118 caps non-economic damages (such as pain and suffering) at $500,000. The cap is increased to $1 million in cases of wrongful death or vegetative state.

If you’ve been injured, call the Miami personal injury lawyers at the Flagler Personal Injury Group at 305-424-8445 for a free and confidential consultation to discuss your rights.

Need help with any kind of legal issues? Contact us now.

what we are best at